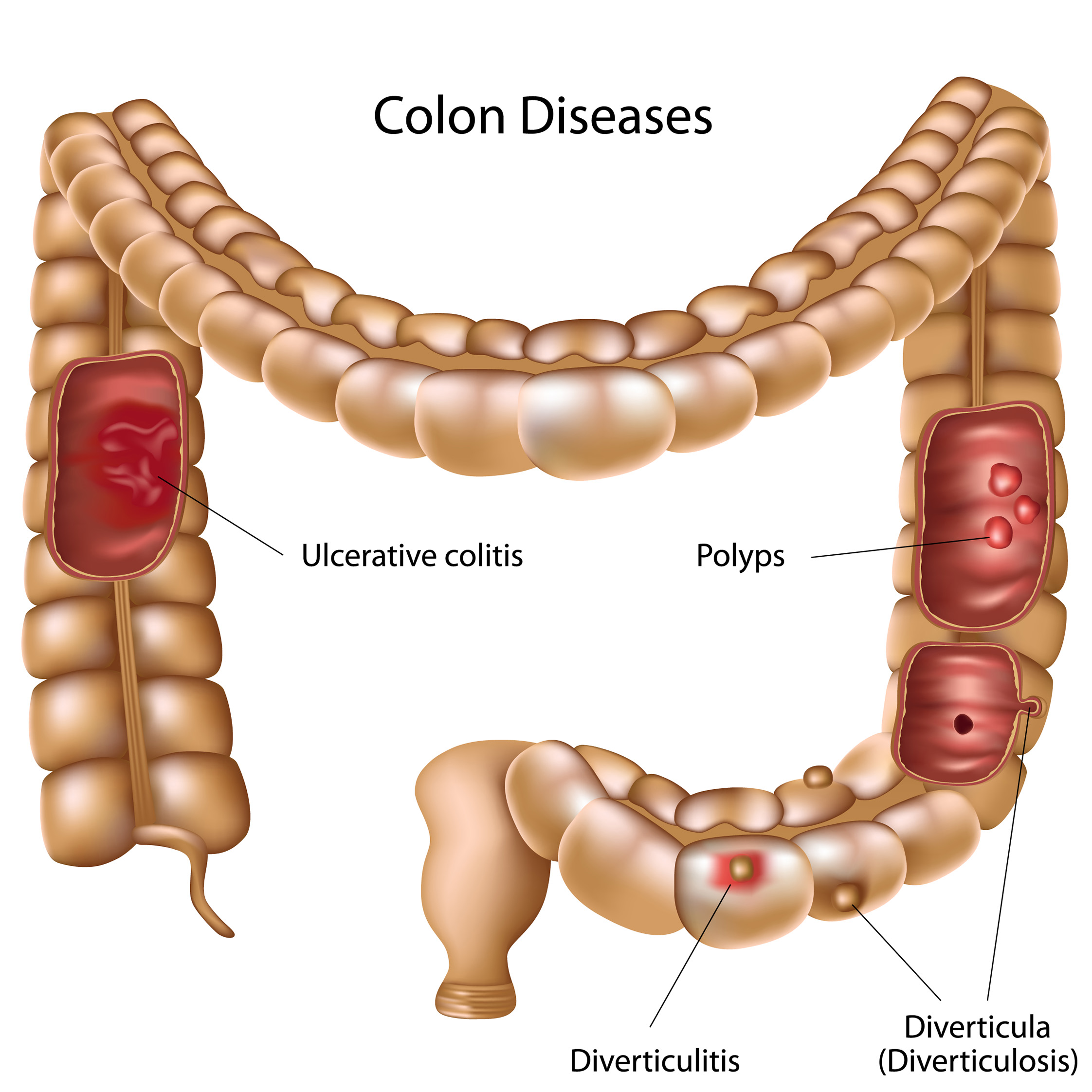 Benign conditions of the colon are quite frequent. These are various benign tumours such as adenomata, polyps, as well as hemorrhoids, vascular malformations, and diverticula. Endoscopy of the lower digestive tract plays an especially significant part in the detection of similar lesions and mainly in ruling out any suspected malignancy through biopsy and histological examination. Laparoscopic surgery is universally acknowledged in the treatment of benign conditions of the lower digestive tract. In the event that the endoscopic resection of a benign tumor is not possible, the laparoscopic surgery has an absolute indication.

Diverticulosis of the colon, affects older people, by general rule and its occurrence is rare at ages<40 years (up to 75% at ages >80 years). Diverticula are bulging sacs of the colon wall (mucosa and submucosa prolapse of the colon and the muscular layer). They are usually localized in the sigmoid and the descending colon (>90% of cases), and they are very rare at other locations.

Bleeding is the most frequent complication of diverticulitis.

The stagnation of fecal material within the diverticula, the rise of intradiverticular pressure, ischemia, and other factors may cause inflammation resulting in acute diverticulitis or even the rupture (perforation) of the diverticulum causing an emergency situation that calls for surgical treatment. Acute diverticulitis usually manifests with pain in the left iliac fossa, fever, local sensitivity, contraction, even a palpable mass. Diagnosis should be confirmed by abdominal CT scan.

Treatment of acute diverticulitis is initially conservative with cessation of feeding and intravenous administration of antibiotics, liquids, and electrolytes.

In the event of failure of the conservative treatment and aggravation of the clinical image or occurrence of hemodynamic instability, surgical intervention is required. The rupture of the diverticulum is successfully treated laparoscopically with peritoneal lavage, excision of the affected part of the colon and, depending on the case and at the surgeon’s discretion, colon anastomosis, either creation of the temporary protective or end colostomy (Hartmann’s procedure) that will be closed secondarily. These procedures are conventional open surgery procedures that may be performed equally effective assisted by laparoscopic surgery, joining together all its strengths (less postoperative pain, shorter hospital stay).