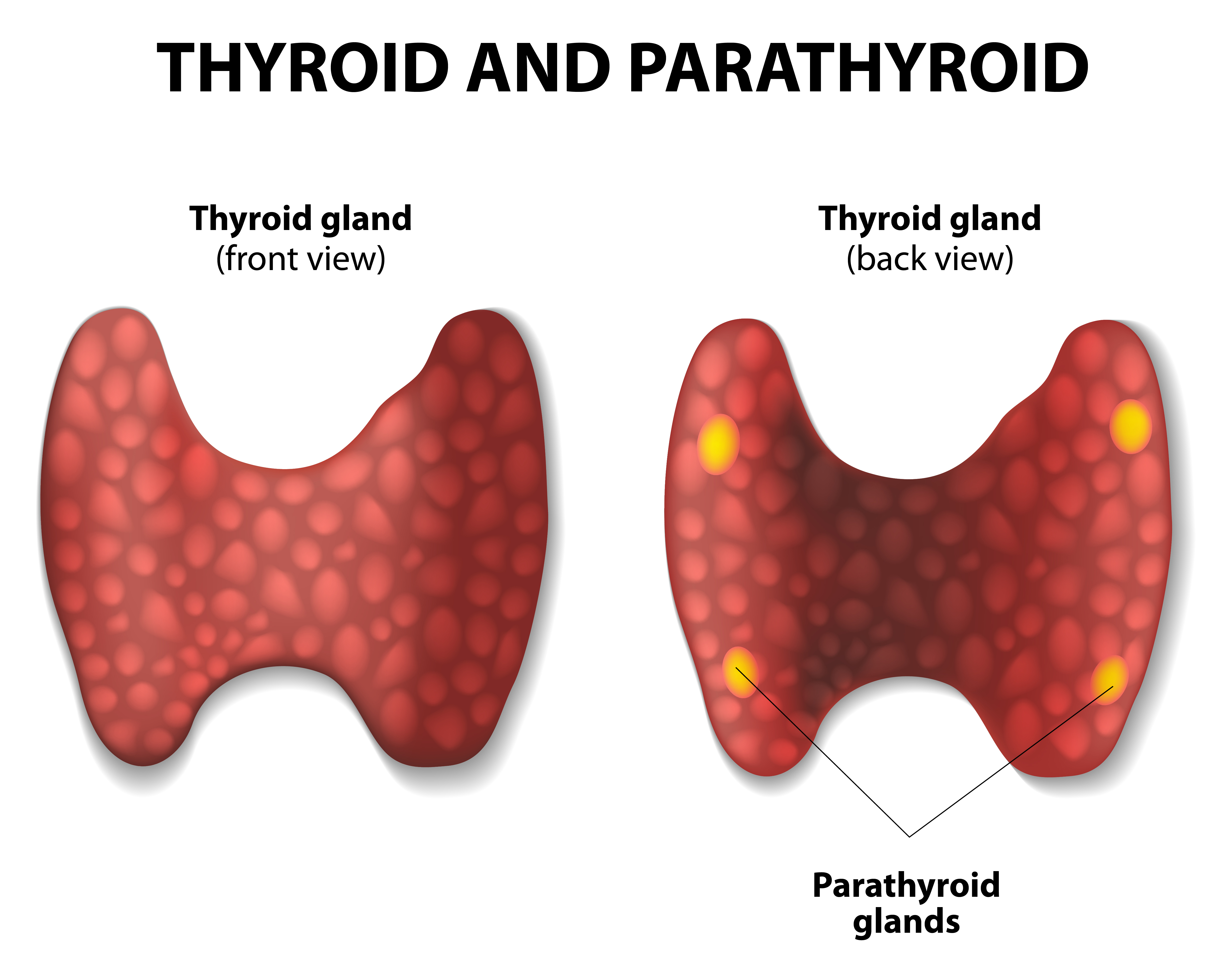 Parathyroid glands play a determining role in calcium homeostasis.  Each parathyroid gland is composed of cells producing and secreting parathormone (PTH) which a) stimulates the function of osteoclasts removing calcium from bones to the blood, b) enhances calcium absorption by the gastrointestinal tract , c) stimulates calcium resorption by renal tubules thus lowering the amount of calcium eliminated in the urine.  All the above functions tend to increase calcium concentration in blood. Vitamin D and calcitonin, a hormone produced in the thyroid gland, are also involved in achieving a smooth calcium balance (homeostasis), which is crucial for the body.

Primary hyperparathyroidism is a hypercalcemia disorder due to parathormone overproduction by one or more parathyroid glands.  It is usually of unknown etiology or occurs in the context of multiple endocrine neoplasia MEN1.  It is due to a solitary adenoma, primary hyperplasia or ectopic production (ectopic hyperparathyroidism or pseudohyperparathyroidism). Its clinical picture includes neurological, cardiovascular, gastroenterological, nephrological, myoskeletal and dermatological signs and symptoms.  It is surgically treated. Parathyroid glands should be identified preoperatively with various imaging methods (Tc99m-sestamibi scintigraphy). Intraoperatively, the surgeon removes the enlarged and affected glands applying a very thorough technique.

Secondary hyperparathyroidism is a hypocalcemia condition usually due to chronic kidney disease.  Hypocalcemia results in increased parathormone secretion and parathyroid hyperplasia  , malabsorption being another cause for it.  It is initially managed conservatively and if this fails (intense bone pain, fractures, ectopic calcification), surgery is applied.  The three parathyroid glands and part of the fourth (subtotal parathyroidectomy) are then removed.  The remaining tissue is labeled for potential recurrence of hyperparathyroidism or implanted in the patient’s arm.

Surgical intervention of parathyroid glands should aim at restoring the balance of serum calcium levels and parathormone in combination with minimal postoperative morbidity, prevention of injury of the laryngeal nerves with minimal scarring – optimal esthetic results.

From the early 21st century, scan-directed Minimally Invasive Parathyroidectomy– MIP is the treatment of choice for primary hyperparathyroidism due to solitary adenoma. It consists in more accurate preoperative identification of the adenoma (by sestamibi scintigraphy or ultrasonography) allowing for a less invasive approach   since the diseased gland is removed only.  The advantages include less surgery time, less post-operative pain, availability of local anesthesia and better esthetic result.

The above techniques require a long learning curve and a surgical team with extensive experience in endocrine gland surgery as well as in minimally invasive surgery.