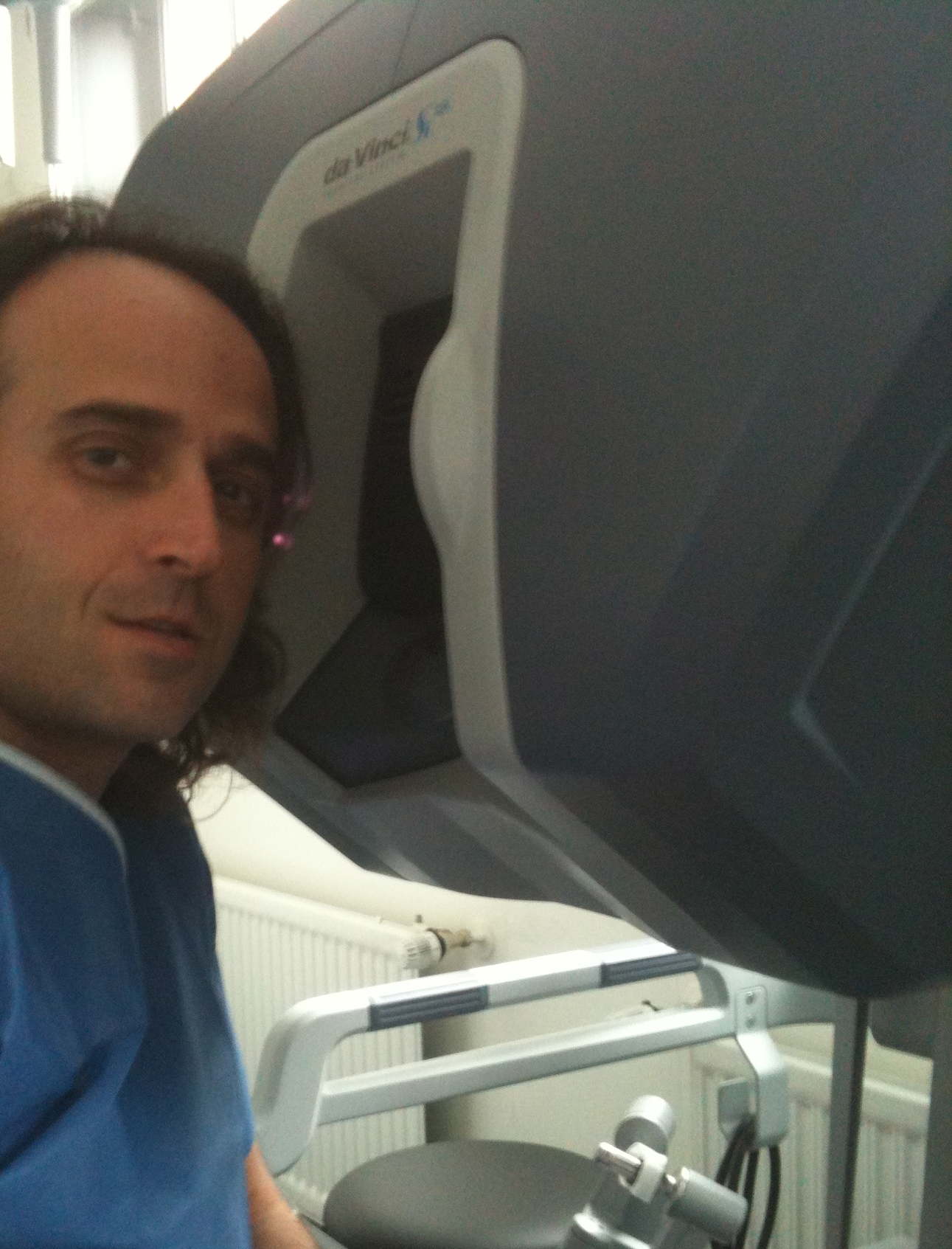 Robotic surgery has revolutionized modern surgery, the technological evolution and the application of technology in surgery. It is a method of performing surgery assisted by a robotic arm.

During robotic surgery, the surgeon sits at a computer station allowing him/her to view very accurate and enlarged 3D images of the surgical field and perform the procedure using special levers. The robotic system processes and transfers the orders in real time to special modular arms matching the physician’s hand movements in the surgical field.

Robotic surgery combines all the advantages of a minimally invasive (laparoscopic and endoscopic) surgery. Moreover, robotic surgery allows for higher accuracy maneuvers using thinner and more flexible tools than those used in laparoscopic surgery, empowered by a 360ο rotation (impossible for the human wrist), enlarged images and the option to perform remote surgery (telesurgery).

Historically, the first robotic application dates back in 1985 with the performance of brain biopsy (PUMA 560), and in 1988 when the PROBOT system was successfully used in urological procedures. Various systems (ROBODOC, AESOP and ZEUS) have followed, while in recent years the use of the daVinci robotic system has become standard in a number of general surgeries. Nowadays, an increasingly higher number of robot assisted procedures are performed globally and the results are very promising. The use of robotics is especially popular not only in the entire general surgery spectrum but also in similar surgical specialties such as urology, gynecology, and also in cardiac surgery, thoracic surgery, vascular surgery, and pediatric surgery procedures.

However, in addition to the necessary technical equipment and know-how, surgeons and their surgical teams have to be adequately trained.

The trend toward an even less invasive approach resulted in Single-Site Robotic Surgery.